Mike Pool, deputy director of the Bureau of Land Management, also announced the agency will hold lease sales in the National Petroleum Reserve, known as NPR-A, in December 2011 and each year after, making good on the administration's mid-May promise to expedite development in the 23-million-acre reserve.

WSJ | A broad bipartisan majority of the Senate voted Thursday to end more than three decades of federal subsidies for ethanol, signaling that other long-sacrosanct programs could be at risk as Democrats and Republicans negotiate a sweeping deficit-reduction deal.

The tax breaks, which now cost about $6 billion a year, had long been considered untouchable politically because of the power of farm-state voters and lawmakers. Iowa's role as the site of the first presidential caucuses has further elevated the political potency of the biofuel.

Presidential hopefuls made a quadrennial ritual of going to Iowa and pledging to support the tax breaks.

The Telegraph | The cartel of oil-producing countries will have $1 trillion (£600bn) in revenues for the first time this year, benefiting from high prices that may cause a "double-dip recession".Forecasts from the US government show that the Organisation of Petroleum Exporting Countries (Opec), whose key members include Saudi Arabia and Iran, will collect a third more in revenues because prices have averaged $111 per barrel this year.

But Fatih Birol, chief economist of the International Energy Agency, said that the current price of $120 per barrel could be the catalyst for a global economic crisis on the scale of the one experienced in 2008.

"If you don't see any softening of the prices, there is a risk of derailing the economy, of a double-dip," Dr Birol told the Reuters Global Energy and Climate Change Summit. "We all know what happened in 2008. Are we going to see the same movie?"

The Nuclear Regulatory Commission said Tuesday morning's incident was "declared due to an indication of fire." But Omaha Public Power District, which operates Fort Calhoun Station, said the alert was due to smoke and there was no indication of fire.

The fire was extinguished within 50 minutes, the NRC said, adding an "alert" is the second-lowest of four emergency classes.

"There was no danger to the public of a radiation release because the plant has been shut down since early April for a refueling outage and remains in that condition," the NRC said in a statement Wednesday. "Although the plant briefly lost its normal ability to cool the spent fuel pool, temperatures in the pool remained at safe levels and the plant recovered pool cooling without the need for any of the plant's multiple backup systems."

The NRC said it monitored the situation.

In a statement late Tuesday, the Omaha Public Power District said the alert resulted from smoke in an electrical switchgear room.

"After a thorough safety review, the plant was cleared to return to its level one emergency that was declared Monday due to flood conditions," the customer-owned utility said. 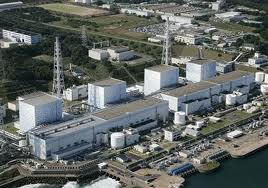 The nuclear group's new evaluation, released Monday, goes further than previous statements in describing the extent of the damage caused by an earthquake and tsunami on March 11.

The announcement will not change plans for how to stabilize the Fukushima Daiichi plant, the agency said.

Reactors 1, 2 and 3 experienced a full meltdown, it said. 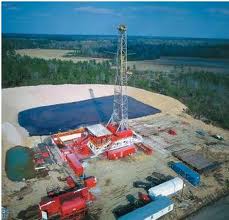 New York Times | Until last year, the 17-mile stretch of road between this forsaken South Texas village and the county seat of Carrizo Springs was a patchwork of derelict gasoline stations and rusting warehouses.Now the region is in the hottest new oil play in the country, with giant oil terminals and sprawling RV parks replacing fields of mesquite. More than a dozen companies plan to drill up to 3,000 wells around here in the next 12 months.

The Texas field, known as the Eagle Ford, is just one of about 20 new onshore oil fields that advocates say could collectively increase the nation’s oil output by 25 percent within a decade — without the dangers of drilling in the deep waters of the Gulf of Mexico or the delicate coastal areas off Alaska.