Wisconsin Public Service Corp. of Green Bay said its residential customers can expect an increase of more than $4 a month next year, including about $2 linked to the new rules designed to limit air pollution from coal-fired power plants.

The utility said it would see higher costs of about $32.6 million in 2012 from the Cross-State Air Pollution Rule that was finalized recently by the U.S. Environmental Protection Agency. That will result in rates going up by 6.8% instead of 3.4%, the utility said.

BBC | A cow's stomach could hold the key to creating more environmentally friendly versions of petrol and diesel, according to Edinburgh scientists.

Researchers are investigating how enzymes found in the stomachs of cattle and other ruminants, animals which "chew cud", could be used industrially.

The plan being to break down the tough structures of plant and tree matter.

The discovery and application of the enzymes could release untapped energy in waste plant products to make fuel.

Infowars.com | A nuclear research reactor at North Carolina State University (NCSU) in Raleigh, NC, was recently shut down after it was discovered that the plant has been leaking about ten gallons of nuclear cooling water per hour for at least the past week. Officials from the university, however, claim that the leak, which stems from the 15,000 gallons of water used to cool the superheated uranium reactor core, poses “no public health threat.”

The announcement comes on the heels of several others involving US nuclear plants, including the potentially ill-fated Fort Calhoun Nuclear facility near Omaha, Neb. (https://www.naturalnews.com/032870_F…), and the Los Alamos National Laboratory that was threatened by wildfires last week (https://www.naturalnews.com/032871_w…). In the NC case, reports do not indicate why radioactive cooling water is leaking from the facility, but its operators insist, just like the experts associated with the other nuclear plants are doing, that everything is just fine.

ABC News | The wildfire that surrounds the nuclear lab in Los Alamos, N.M., has grown to at least 61,000 acres amid mounting concerns about what might be in the smoke that's visible from space.

Such fear has prompted the Environmental Protection Agency to bring in air monitors, along with a special airplane that checks for radiation levels. So far, officials have not been able to find anything.

CNN | Think you have a bad commute? It's nothing compared with the one that several hundred employees have at the Fort Calhoun Nuclear Station near Omaha, Nebraska.

The toughest part of their trip to work begins immediately when they arrive. First there's the employee parking lot. Like much of the facility, it's flooded.

Fort Calhoun is one of two Nebraska nuclear power plants under threat from severe flooding. The plant has been kept offline since April and will likely remain inactive until floodwaters subside. But workers must show up to help cool spent-radioactive fuel at the facility.

Their work conditions are tough. Floodwaters are 2 feet higher than the ground floor of the plant. It's only through a system of berms, flood gates and towering sandbag walls that workers at Fort Calhoun have avoided being swamped. 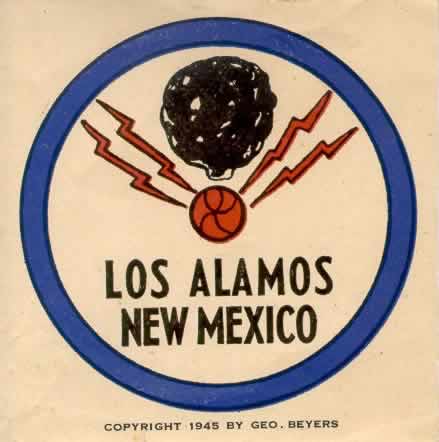 Reuters | New Mexico fire managers scrambled on Tuesday to reinforce crews battling a third day against an out-of-control blaze at the edge of one of the nation's top nuclear weapons production centers.

The fire's leading edge burned to within a few miles (kilometres) of a dump site where some 20,000 barrels of plutonium-contaminated waste is stored at the Los Alamos National Laboratory, fire officials said.

Officials for the government-run lab said the stored waste is considered low-level radioactive material and remains a safe distance from the fire in an area cleared of trees and other vegetation.

Carl Beard, director of operations for the lab, said there has been no release of radioactive or hazardous materials into the environment and there was no immediate threat to public safety, "even in these extreme conditions."