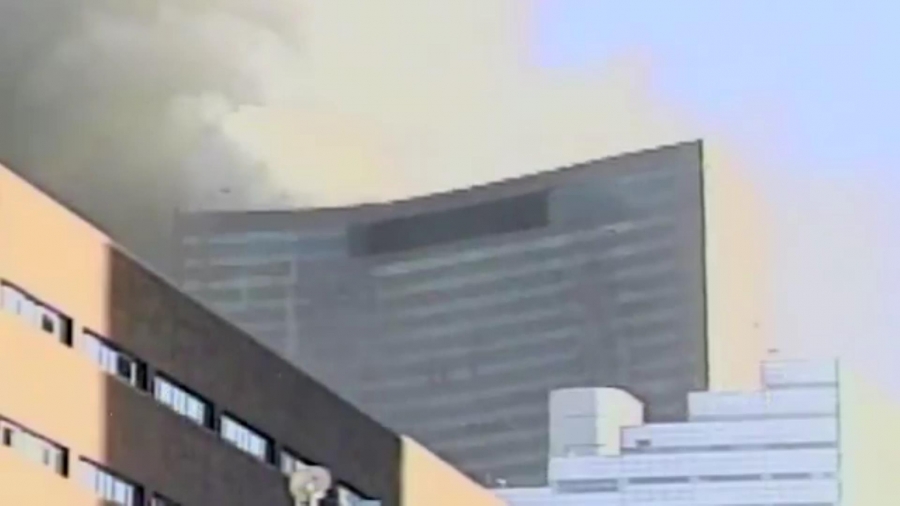 The FREE FALLIN’ Campaign: Between now and September 11, 2016, send your version of “FREE FALLIN’ starring BUILDING 7” to , and we’ll post or share it here. Use our lyrics or write your own. Let’s post as many videos as we can!

“FREE FALLIN’ starring BUILDING 7” is a riff on the classic Tom Petty song Free Fallin’. Twenty-seven years after the release of this beautiful song, it provides a perfect platform to bring attention to the troubling destruction of World Trade Center Building 7, which came down in free fall late in the afternoon on September 11, 2001. According to the official account of 9/11, Building 7 collapsed due to normal office fires ignited by falling debris from WTC 1 (structural damage and diesel fuel fires did not contribute to the collapse, according to the government). However, scientific and circumstantial evidence strongly contradicts that explanation.

The fact that Building 7 instantaneously entered free fall - the acceleration of gravity - for a period of 2.25 seconds over a distance of eight stories is very strong evidence of controlled demolition. Free fall can only be achieved when there is no resistance provided by the structure below. A free-fall drop of eight stories indicates that all 81 columns in Building 7 were simultaneously severed over eight stories. Only explosives can account for this kind of structural failure. Indeed, fires have never caused the total collapse of a steel-framed high-rise, let alone in the manner of a classic controlled demolition.

The infinitely small chance of a fire-induced failure bringing down the entire building – in particular, through the improbable series of structural failures which the government alleges caused the collapse – cannot be reconciled with the strong foreknowledge on the part of local authorities that Building 7 would eventually collapse (which the video highlights prominently). If Building 7 actually collapsed from fire, the authorities’ prediction of Building 7’s collapse would be analogous to confidently and correctly predicting one specific lottery ticket to win the lottery.

The inexplicable foreknowledge on the part of authorities is made all the more apparent by the inability of the engineering community to explain it after the fact. Nine months after the collapse, FEMA would state, “The specifics of the fires in WTC 7 and how they caused the building to collapse remain unknown at this time…. [T]he best hypothesis has only a low probability of occurrence.” More than four years after the collapse, the government’s lead investigator would state, “[T]ruthfully, we don’t really know. We’ve had trouble getting a handle on building No. 7.”

In reality, the warnings of Building 7’s imminent demise must have originated from someone who knew that Building 7 was going to be brought down in a controlled demolition. Beyond that, Architects & Engineers for 9/11 Truth, which represents over 2,400 architectural and engineering professionals, does not speculate on who brought down Building 7 or why. Instead, we are dedicated to educating the public about the destruction of all three World Trade Center buildings with the expectation that others with the responsibility and authority to conduct a proper investigation will do so.

Please share this video widely through social media - if you're already on Facebook, share our posted version of the video from our Official page at https://www.facebook.com/ae911truth and visit https://AE911Truth.org for more information on how you can help advance the cause of truth!